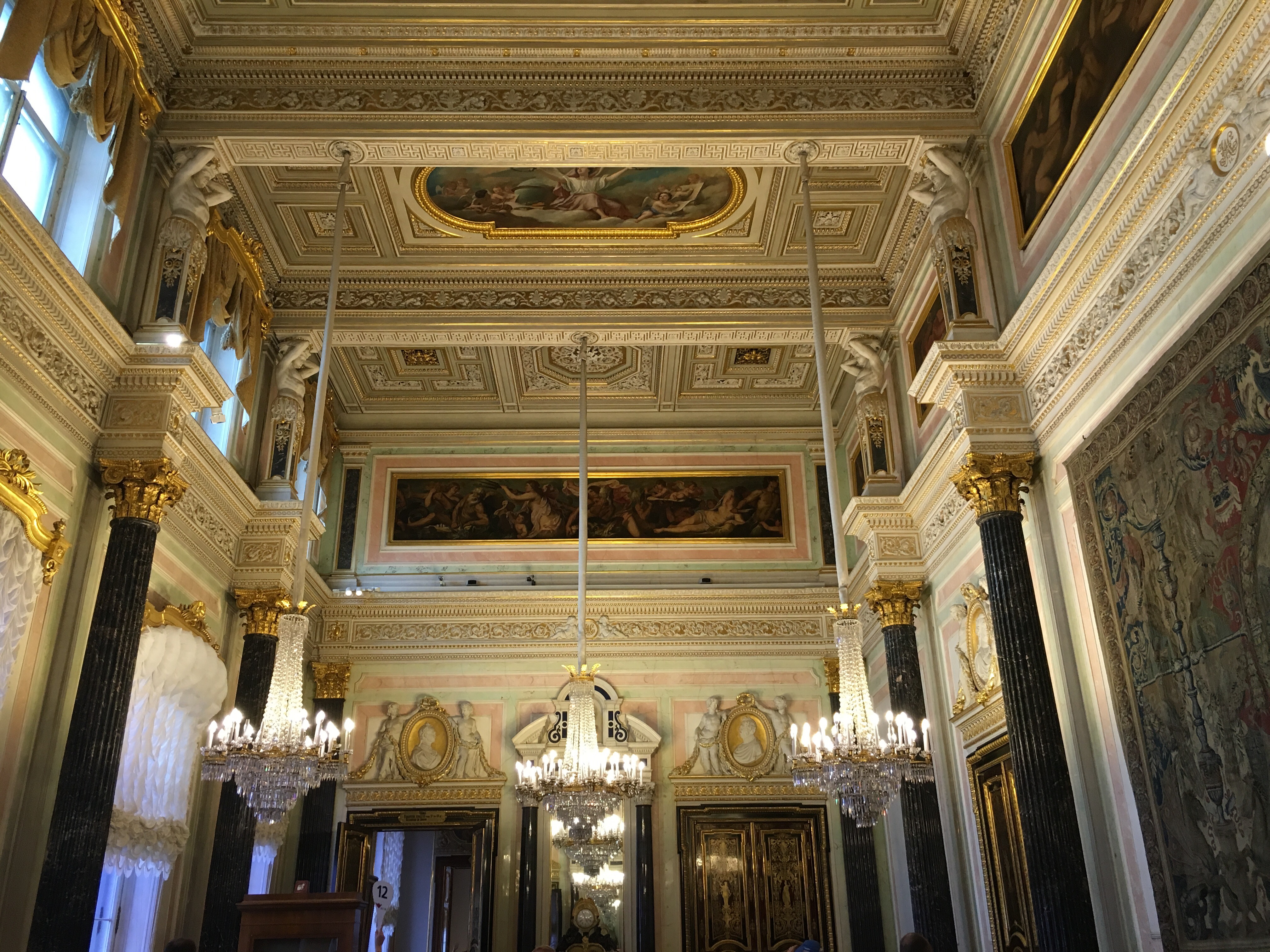 There is so much art in the city, that it requires it’s own separate article!

Saint Petersburg was created from scratch in a swampy backwater by Peter the Great in 1703. The city was declared the new capital and developed very rapidly. No expenses were spared to showcase the imperial might and enlightenment of Russia.

This can be felt everywhere across the city, but in particular at the magnificent Hermitage museum. It was the imperial winter palace, but also one of the oldest museums in the world, since it was created in 1764 by Catherine the Great and has been open to the public since 1852. After the 1917 revolution many things were destroyed across Russia, but surprisingly enough, the whole imperial palace was preserved as a museum. Also, the communists seized all the private collections of the rich aristocrats and merchants, and added them to the national collection – helping to make it the single largest collection in the world today.

The art is of course interesting – they have an endless collection of artefacts, from Egyptian mummies to Rembrandt paintings. However we thought that what truly set it apart from other top museums, was the magnificent setting. We spent several hours just walking around and admiring the ceilings, staircases, walls, furniture, decorative vases, frescoes and mosaics. From the throne room to the summer verandas, from the imperial apartments to the public museum spaces – our heads were literally spinning from so much gold, marble and elegance. Somehow it seemed fitting for emperors, and not at all over-the-top. Also, the museum underwent several important renovations over recent years, that brought in close to it’s former glory – it doesn’t feel one bit like a dusty old palace.

So… here’s a sample of what we saw:

The room where Bolcheviks captured the government

Everything was done by the best european architects and artists that the emperors invited. For example, the empress Catherine saw an engraving of the Vatican Loggias and asked an Italian architect to create a similar gallery for her. The result is an intricately detailed set of wall frescoes, with little animals, symbols, stories – and not one of them is identical to another. You could spend hours just looking at these! 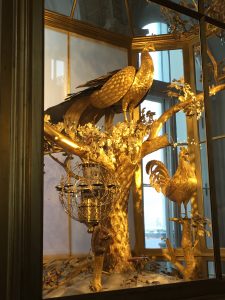 Oh, and what about this Peacock clock, complete with it’s golden oak forest, squirrels, mushrooms and insects?? We didn’t see it move because it happens only a couple times per month, but we saw a video – just incredible (se the video on our Instagram).

So as a summary – a highly recommended visit, worth braving the Chinese tourist crowds!

The Hermitage collection is mostly focused on European art. To see a collection of Russian paintings that you would not normally see in other European museums, it’s better to go to the State Russian Museum. It features scenes from the daily life, heroical frescoes, as well as traditional church and folk art that can be seen in other cities. Somehow it helps imagine how life was in the cold winters back in the day, and maybe understand Russia’s history a bit better.

Here’s a little selection of what I really liked:

There are also several magnificent summer palaces around Saint Petersburg, namely Peterhoff and Tsarskoe Selo in Pushkin. We went to this one, but the bad weather didn’t let us enjoy… we didn’t have an umbrella, got soaked and cold, and just couldn’t wait in the queue to get in. Oh well, can’t have it all!